Between being buckled down in the front seat of an emotional rollercoaster, having commitments nearly every summer weekend, taking a trip out west and moving all my belongings from one residence to another, routine has not been a close friend of mine these days, and my standard nutrition practices were not exactly being nailed down in the months leading up to the big run.

It’s not like I was binging on fast food and a tray of desserts weekly (thanks to solid values and education for keeping the basics covered), but it’s also not everyday you run 42.2km. With the digestive horror stories that exist in the world of endurance events, I was not about to mess around with marathon fuel.

I wanted to have an understanding of what I should eat and when I should eat it, but I also wanted to stick to my guns of a more whole-foods, real-ingredient approach. I needed my marathon nutrition plan to be something I trusted to give me sufficient energy as I trotted along the streets of Toronto, and, well, get me to the finish line without emergency bathroom breaks. Like any way of eating, it has to work for you, and it has to feel good to you.

I did some readings of articles and personal blogs about what and how much marathoners would typically eat. From there, I determined how I could swap that out for higher quality, Morgan-approved alternatives.

So here, I present to you: my nutrition "plan" for the 42.2km galavant.

THE WEEK BEFORE Focus: Keep the gut happy

I ate the same way I typically do: balanced meals of quality protein, carbohydrates and fats, but with additional awareness around common allergens or foods that might be a major disturbance to the gut. For me, that meant avoiding dairy altogether, as well as limiting alcohol, low quality flours, coffee and dining out….except that Oktoberfest season here in Kitchener was in full swing, so circumstances led me to some sips of beer, a glass of wine, a little Schnitzel and a few (a lot) of beer nuts. I was care-free, but responsible.

As per usual, I didn’t track my food, but I certainly didn’t avoid any extra carbohydrates. My Thanksgiving leftovers were always staring at me upon opening my fridge, so perhaps I was carb-loading all week by default. I was all for it.

THE DAY BEFORE Focus: Extra carbohydrates

I aimed to be heavier on the complex carbs, average with the protein intake and light on the fats, without overthinking it all. I had a smoothie in the morning with a scoop of protein powder as I headed to Iysha’s glorious Healthy Hips Program at LP. Arguably, that could have been the secret to success and we could stop reading.

Right before departure, I snuck in a turkey sandwich on KW Region’s best bread (Golden Hearth) and put together another slice with unpasteurized honey, cinnamon and banana to satisfy my sweet tooth. If I remember correctly, I snacked on some fruits and veggies here and there throughout the morning and early afternoon. I also can’t forget the new Larabar (protein edition) in the athlete goody-bag that I simply could not resist.

THE NIGHT BEFORE Focus: Keep the stomach settled

I didn’t love the idea of dining out and running the risk of unknown added ingredients, so I opted to bring my own dinner to the hotel to eat just after 6pm: a taco salad consisting of field greens, about 1/2-3/4 cup of quinoa, 1/3 cup of black beans, green pepper, ground turkey, cherry tomatoes and salsa as the “dressing.” This meal was thrown together to hit the protein quota, the complex carbs (beans and quinoa), while maintaining lower fat.

Now, I still joined our group’s dinner reservations, without a definite plan of what that meant for food. Unshockingly, I was hungry again by the time our meals came around, which gave me no regrets about my decision to order a simple kid’s pasta with marinara sauce. By this time, it was about 8:30pm, and while it was a much later meal than I ever anticipated, I was not about to go to bed with a rumbling stomach.

Also, not anticipated was the glass of wine, but since Jamieson, marathoner and wine connoisseur, was on board with ordering a bottle for the table, so was I.

After a questionable sleep that included not one but two nearly identical nightmares of me missing the marathon altogether, I arose at 6:30am to make a bowl of oatmeal (about 1/2 cup to 3/4 dry oats), with one mashed banana and one single date, just for the hell of it. I tried to consume it fast enough to give me at least 2 hours between eating and running, and slow enough to keep any bloating or overeating at bay.

Because I hadn’t been drinking much coffee lately, I didn’t want to dive in to the acidic beverage right before stepping into a marathon, however, I did have it ready as a back up in case I needed to move the digestion along.

As we walked through the Marathon Expo, energy packs, gels and bars filled the space, clearly the go-to quick-digesting carbohydrate snack for endurance athletes. I, however, had my medjool dates on deck back at the hotel, each with 18g of carbs and 2g of fibre. Not that I am fully against all the energy packets (some are better than others from a health standpoint), but I wanted to see if I could manage to sustain my energy with a whole food source. I tried dates on a few training runs and enjoyed having something to physically eat, something that tasted good and something that would digest easily and quickly.

Forgetting to pack a Ziploc, however, I snagged an ice bag from the hotel and dropped in my dates, nestling in the bottom 10% of the space it had available. I then wrapped it up like a burrito so I could fit it in the front pocket of my running belt. In the first five kilometres, I ripped a hole in the side for easy access, but because of all the extra plastic rolls from a bag far too big, easy access was just not a thing.

Every 30-40 minutes, I would battle to pull one single medjool date out from the melting mucky mess that developed from the heat of the sun on one side and heat of my body on the other. Every 30-40 minutes, I giggled at the fact that everyone beside me had a mess free energy-gel experience, while I had to decipher if what I was even eating was one date or two. 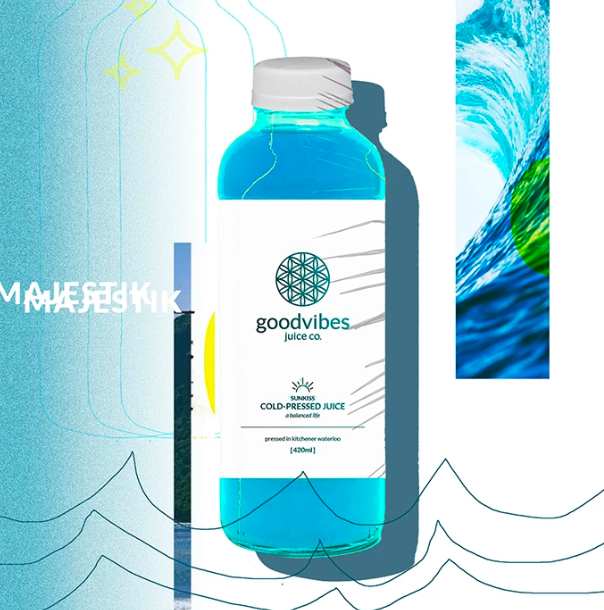 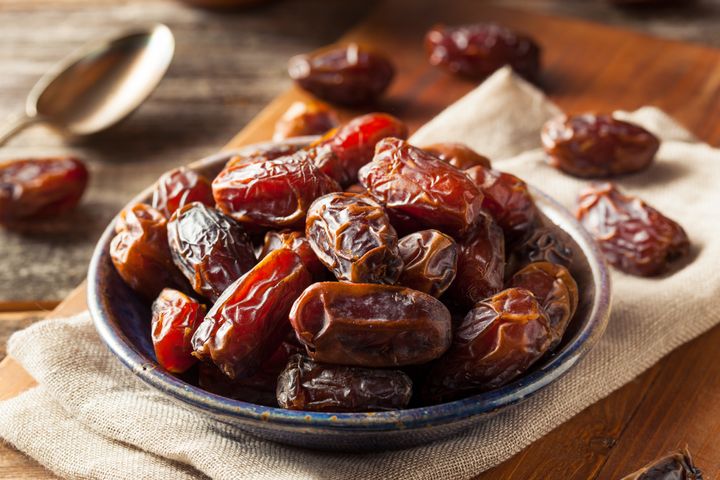 In addition to what nearly turned to energy goop, I had two 300mL water bottles, each filled with goodvibes Majestik juice (filtered water, lemon, lemongrass, maple syrup, phycocyanin, pink salt). I then mixed the juice with half a scoop of Biosteel’s Blue Raspberry High Performance Sports Mix, a scoop of collagen and an extra pinch of sea salt. Again, this is the concoction I created for my training runs, and I stuck with it, avoiding the Nuun Hydration mix on the course.

Probably untraditional to most runners, I added the collagen powder (source of protein) to give me some satiety as I would often find myself hungry 30-minutes into training runs - not something I can easily handle for minutes, let alone hours. The sea salt serves as natural electrolytes to maintain hydration and avoid muscle cramping from sweat (sodium) loss. Water was also consumed at every hydration station, totalling what I’m going to guess as 750mL.

In total, I'd assume I ate about 170g-180g of total carbohydrates and somewhere around 15-20g of protein in just over four hours. The recommended range for runners is about 30-60g of carbs per hour, and I was sitting smack dab in the middle at about 45.

All in all, the race felt gooooood, in part due to what felt like a nice stream of quality calories coming in. I never felt hungry, full, dizzy or dehydrated, and never felt any dwindling of energy until about kilometer 38, to which I believe there was good reason.

THE POST-RACE Focus: Don’t fall asleep at the table.

A protein bar, a banana, an apple…followed by some fish tacos and a beer.

If I were to go back, I'd still maintain a casual, but sensible approach to fuel leading up to and during the event. Personally, I'm not a numbers driven person, especially when it comes to calorie counting or nutrition facts. Any energy drained from overthinking, in my mind, is energy taken away from something else.

I'd also try to smile for the cameras more often...and bring a more practical bag for my dates.

tips for eating well, during, well, you know

the time is now: supporting local in KW